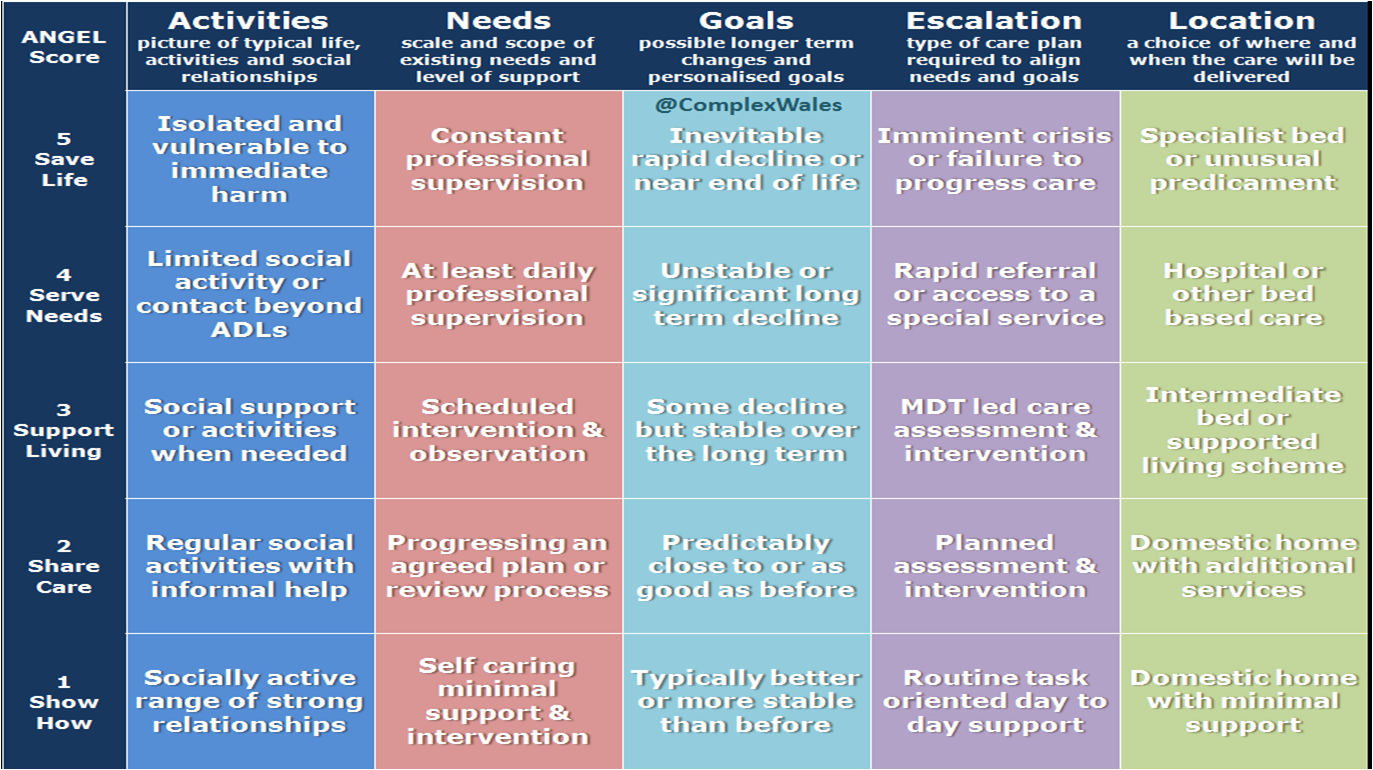 After a rather marvellous weekend at NHS Hackday Cardiff 2015, I’m knackered. But, equally excited with the potential that emerged in just few hours by interacting some carbon with some silicon. Lindsey (coding witchcraft), Warren (sexy engineering), Michael (social inspiration), Jas (clinical rudder), Gareth (sense checking) and me (noisily interfering) worked on different bits of bringing a new method out of the stick wielding dark age, into the digital light age, with our diverse range of superpowers. I learned loads and shall be revising the poster I used to pitch the idea, with all the lovely new stuff. Starting with the fact that I used to describe ANGEL as a ‘taxonomy’ (sounds like taxidermy), but everyone preferred the metaphor of a ‘murmuration’ (scientifically gorgeous). Gareth, that’s story telling, right there, in one word!

The metaphor of a murmuration of starlings, refers to the incredibly complex patterns that emerge when the birds fly together in large groups. These patterns are actually formed from a few very simple underlying rules: Match Speed; Don’t Collide; Head to Centre. Not a single bird knows the rules but there they are, all operating them in splendid complexity. Clinical decision making is remarkably similar, but for humans the rules are a little more complex: Know Now; Spot Bother; Sense Direction; Take Action; Carry On. Poster attached in case it’s useful and loads more bumf can be found via the twitter link at the bottom.

ANGEL is an acronym to describe five factors that help a clinician decide what type of care a person needs. We started developing an app with a simple numerical scale that enables a clinician to intuitively capture, visualise and share that decision in real time.

In a Nutshell (from the poster)

Just to be clear, it is not a tool and it hasn’t been invented to solve a particular problem. ANGEL is a description, or distillation of how a clinician actually forms a complex judgement about a person in their care! 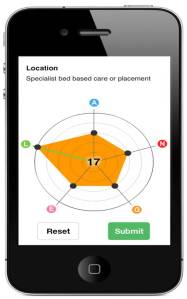 A particular score does not denote a particular outcome and in fact the total score is mostly irrelevant! The number is merely convenient shorthand, for the insightful and valuable judgement that you’ve just made. It is the pattern formed by the numbers that matches the intuitive judgement. There are over 3000 patterns so although an abstract number, the score is personalised and represents a proxy measure of the person in the context of their typical life. Whether the score is interpreted as independence or autonomy or acuity or frailty or complexity or whatever, being less relevant than the ability to track perceived changes over time.

The scores or more precisely, the patterns, enable organisations for the first time, to capture the professional judgements that have previously disappeared as a fleeting moment in time. The five numbers collected over time unlocks new knowledge about the needs and demands placed upon staff and the wider system. Imagine the power of a measure of the complexity of need across an entire community?

I will post up some of the visuals, the dashboard and the beautiful interface but in the meantime, if you want to know more, leave me a message below or @complexwales

PS Any sponsors (or software companies) out there who would like to help us develop the app, please get in touch.