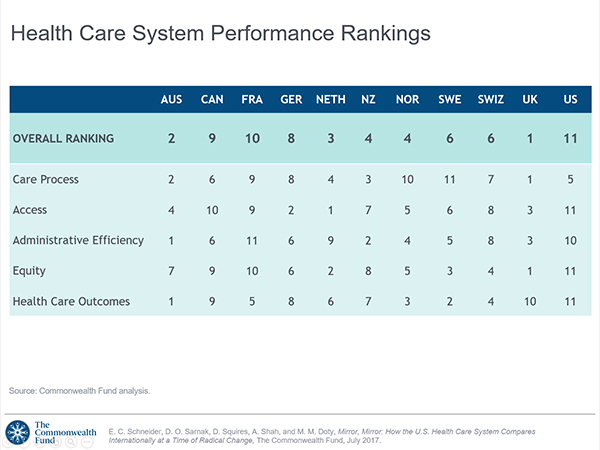 For many years the advocated strategy for improvement across Healthcare has been based on tools created in the early part of the twentieth century. Originally aimed at reducing defects in manufacturing, these tools typically advocate the use of simplistic recipes like Plan Do Study Act, dressed up in various acronyms. I’m not against acronyms and other mnemonics, they can be useful, but their ubiquity creates a form of camouflage for outdated, re-branded and fundamentally stupid ideas, to hide amongst the true innovations.

For example PDSA – and the vast majority of all process control recipes – was originally invented to gradually reduce variation in a series of manual tasks, undertaken by a mostly uneducated workforce. There are loads of these 4 or 5 letter circular things and they are ok at making sure that novices don’t accidentally bugger it up, while refining something that already works. In fact I’ve got a game that I play in workshops, by asking the audience to come up with 4 random letters. I then pick words that start with them to create another circley acronym that we use for the rest of the day.

This form of quality improvement is typically proselytised by fringe groups who campaign with a cult-like zeal, for their favoured acronym, with little moral obligation beyond selling training – invented for a mostly uneducated workforce. It’s a genius business model; they expand their cult and you pay to solve a problem that you don’t have. Most of this emanates from America, who since records began, have masterfully retained their position firmly at the bottom of the rankings, as the worst health system in the developed world. We have nothing to learn from them except, how not to run a health system.

The one thing that Americans do very well is marketing. And on the subject of healthcare improvement, they have stirred in just enough gun-wielding southern bible-belt fanaticism to send their latest tranche of naive true believers out, convinced that there is no other way to live and breath. The self appointed cult leader is the IHI who attract fanatics with their Model for Improvement. It’s neither a model nor the only way to do improvement: it’s a very effective marketing device and I should probably write about that.

I say naive, because few of them are aware that over the past 50 years there has been a veritable tsunami of improvement cults: nicely summarised here in Richard Pascale’s exposé of Business Fads. Click on the image to take you to a great blog on the subject by my friend @whatsthepont.

Undoubtedly some parts of the NHS do function like production lines, where repetition of standardised outputs is necessary, for example in certain diagnostics. However, the NHS and the wider world of health and social care has always functioned as a large interdependent complex system. In this context, there is a considerable evidence base to demonstrate that attempting to improve the efficiency of discrete processes – or parts of a system in isolation – can dramatically undermine performance at a system level.

In short, the performance of a complex system is not dependent on the performance of its parts added together, but on the quality of the interactions between those parts. Professor Russ Ackoff explains this quite well in this video and as you can see from the grainy picture, the concept is not new.

This sentiment is also reflected in contemporary, evidence-based, clinical practice that increasingly advocates a move away from traditional subspecialisation. Instead of seeing patients as a set of faulty parts, practice across professions and services is focussing on a more networked approach that aims to understand the needs and aspirations of each person, in the context of their typical lives. Our health system at a national level, appears to be suffering harm from the same methodological error, as many of our most vulnerable individuals; we are not simply a set of faulty parts, to be fixed in isolation.

I decided to share this post with a tagline that seemed to tickle a nerve in many people, even if they never actually read the blog that inspired it.

So I thought it worth a quick update, to include this picture of the Twitter profile of the lovely Helen Bevan. Now let’s be clear, Helen and I agree to disagree on a large number of things, particularly Leaderism, but that’s always with a smile and an appreciation for one and other and the great many more specific things that we agree on.

Helen knows her stuff about change and the NHS so for her to use that quote from me to top her very popular and crazily busy Twitter world, is surely at least one indication that I’m not entirely barking.

When we research the effectiveness of interventions in Primary Care, we find great outcomes and experiences in primary care. When we audit Cardiology, we find great practice in cardiology. When we examine the performance of Accident and Emergency Departments, we find exemplary care for people embroiled in accidents and emergencies. Those discrete parts will continue to hone their capabilities empirically, as they have always done. We do not have the original process control problem of a mostly uneducated workforce. Meanwhile, at a system level this 100 year old mindset that focuses on discrete parts, perpetuates a longstanding and deeply held managerial misinterpretation.

From the birth of the NHS, clinicians of every profession have espoused the value of continuity in care (beautifully illustrated), but this has mostly been interpreted by non clinicians as being able to see the same person, in the same place. Consequently, contemporary management has remained focused on squeezing efficiency out of the individual parts of the system and paying little or no attention to the issues that span their beloved hierarchies of rank and silo. They’ll talk about flow and transfers of care, but stick to their departmental and budgetary delineation into separately managed discrete parts. After all, to maintain power over people at the bottom of a hierarchy, they are best divided.

This wrongheadedness is no better manifest than in the often platitudinous desire for seamless services. Hang on a minute, isn’t that the same as wanting continuity of care? Despite the fact that it’s often explained that way, the idea of seamlessness is an affect of the process control mindset. When you understand the system as an interdependent network, it is apparent that the connections are as important as the parts. The connections are not just necessary, they make the network and there are practical steps that we can take, right now, to make that network more resilient.

I want seams, we need seams, beautiful strong visible seams that hold things together like the leather upholstery in an Aston Martin. Or even better the majestic suspension cables of the Severn Bridge drawing two nations together. We can see the cables, monitor them, maintain them and we can certainly imagine the consequences of not doing so. We need services that are the connections not the parts and you need look no further than the Welsh Emergency Department Frequent Attenders Network for a brilliant example. Yes yes, @WEDFAN is the acronym, but it represents the practical antithesis of a simplistic recipe: helping some of our most unique and vulnerable people, to not fall down the gaps, where the seams have frayed, or were never made.

Our system tends to breakdown at the gaps, at the interfaces between its high functioning parts. We need a more concerted and collective effort on managing much greater continuity for people as their needs change and as they transition from one type of care, to another and from one part of our system, to the next.

That will require deep insight, longstanding interpersonal relationships and generational timescales. Three things that by definition, you won’t find in a Fad or an Acronym.