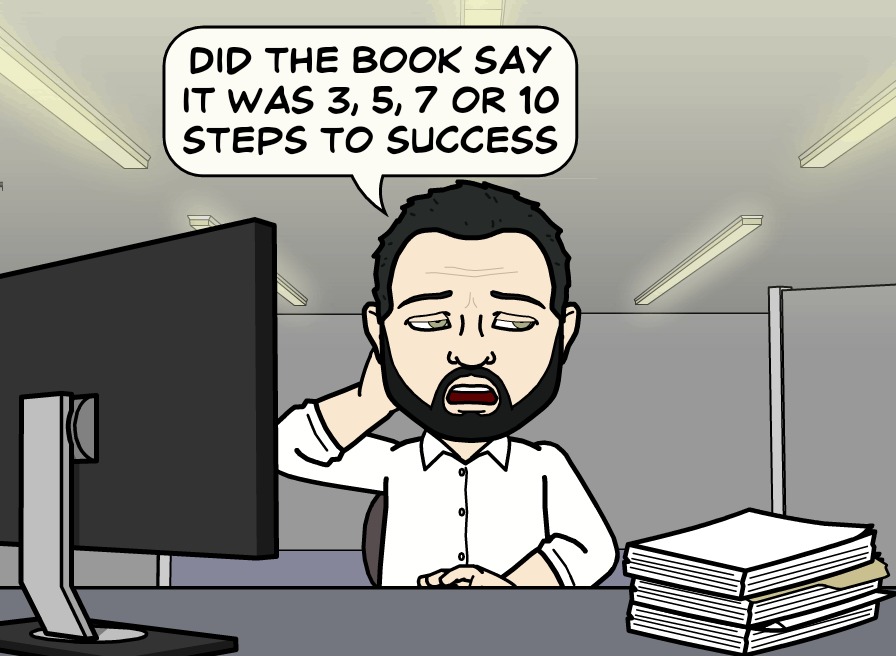 One of my favourite party pieces (keynote presentations) is to poke fun at the way organisations typically go about trying to change something. I usually ask permission from my audience first, so that formerly the more delicate little dispositions don’t get in a lather; and latterly, so that I get to peddle out the world’s wisest old tool, namely humour.

To begin my tirade, I usually have to give a court bow to the most precious of ideas, typically clasped to the delicate bosom of people who don’t know very much: evidence based practice. Yes, sometimes, for highly specified actions in a suitably controlled environment and where all extraneous conditions can be compensated for: it is possible to design a single perfect technique based on evidence of efficacy. The Bosom-claspers call it best practice.

In itself, it’s not a bad thing but there is a side effect. Organisations try to scale the notion of best practice beyond its limitations of specificity and control. This normally manifests as a recipe, a linear sequence of steps, often reduced to a diagram, corroborated by a splattering of loosely correlated case studies (mostly from car factories).

The problem is that the recipe salesman, never actually intended to create a recipe in the first place. The origins of the various diagrams often converge on the post-success musings of someone in the project team who can see “gold in them thar hills”. As a result the design technique is one of hindsight, looking back at what they did and logically articulating a simplified pattern of activity. This is not usually a deliberate con. The proselyte is not deliberately trying to convince people of something that didn’t really exist, they simply don’t understand the cognitive science.

Whereas in hindsight, the steps they took appear to be rational and logical and (most dangerous of all) plausible; that wasn’t what influenced action when they were doing it. Memory and logic describe a different experience than that lived at the time. Your brain will subconsciously tidy things up, to match your enduring schemas. You’ll have to trust me, that’s a 12 month programme in a 12 word sentence.

Anyway, as a consequence the Bosom-claspers, clasp to their bosom, a recipe for where the recipe salesman ended up, not where he started. In other words, they set about replicating the specificity and conditions surmised at the end of the successful change, not at the beginning.

For a very specific individual action you can design a best way, but it does not scale. Where the starting conditions include relationships, histories, heritage, diversity, committed people and great intentions or deep frustrations, you need a chef not a recipe. You need to understand and deal with your own starting conditions. By all means learn from other people where there is some congruence, BUT, and that’s a big but, complex systems are by definition sensitive to initial conditions. In other words a tiny difference at the start can result in a huge difference at the end … for better and for worse!

There are undoubtedly occasions when people used the recipe successfully, but what you most often find is that the recipe was nothing more than a placebo. Any recipe would have been equally useful! Despite the industry, you don’t need an all singing and all dancing improvement movement with visions and values and missions and diagrams that naively oversimplify everything. The most common starting condition that I can find in 20 years of meddling, is a group of people who actually do the work, getting together and agreeing to change something that they actually do.

Prior to coming to work in a dedicated Improvement Department, I never ever used, needed or even heard of the vast majority of the tools, techniques and recipes that they clasp to their bosom. I used Management: growing a bloody good collection of allied clinical teams in departments responsible for their own Governance, Development, Wellbeing, Planning and a seriously meaningful standard of Practice. I have to say it, what the fuck has happened to management to need specialist improvement departments, filled with people who’ve never managed anything but themselves.

So now working as an Improvement Advisor, that’s probably me out of a job. Hopefully, one day I won’t be needed, but in the meantime I’ll try to influence organisations to start things in the right way. People sometimes need a little help to understand their own unique starting conditions and make the most of the assets they’ve already got. I call it:

Creating the space for other people to do something useful.